7 Things You Didn't Know About Pasta

Friday October 13, 2017 - 16:04:45
News & Events
0 Comments
966
Super Admin
For a food as ubiquitous as pasta, I bet there is a lot you don't know about it or its history.
It’s one of America’s favorite foods—we eat more of it per capita than any other country—and although we consider it to be an Italian food, its original beginnings were in China.
While no one would dispute its role as a comfort food, there is a divide over whether or not it should be included in a healthy diet. Those on low carb or gluten-free diets shun it, while marathon runners often load up on it before a big race.
So what’s the real deal on pasta? Check out these 7 interesting facts about pasta:

Founding (pasta) Father:
You can thank Thomas Jefferson for introducing pasta to the United States. While serving as the US Ambassador overseas, he sampled a macaroni dish in Naples and liked it so much, he promptly sent crates of macaroni and a pasta-making machine back to the States.
Brooklyn beginnings:
In 1848, the first American pasta factory was opened in Brooklyn, New York, by a Frenchman named Antoine Zerega. He managed the entire operation with just one horse in his basement to power the machinery. To dry his spaghetti, he placed strands of the pasta on the roof to dry in the sunshine.
Pasta portions:
Most Italians eat pasta every day, but their national waistline is not expanding like ours because they keep their portions in check and serve their meals with a generous portion of fiber and nutrient rich vegetables. When you order pasta at an American restaurant, you typically get about 3-4 cups of noodles covered in cheese or meat or both. Order pasta in Italy, and you’ll be served a fraction of that amount, usually about a cup. The rest of the meal typically includes a small portion of meat and a large portion of vegetables and salad.
The healthiest way to cook pasta: Pasta is a carb-heavy food with a moderate glycemic load. The glycemic index is a scale from 0-100 which measures how much a food will spike your blood sugar with 0 being not at all, and 100 being the highest. Pasta is in the 40-50 range, which is at the high end of the low spectrum (low is 0-55).
Since a blood sugar spike is associated with weight gain, diabetes, and heart disease, it’s best to always limit or avoid higher glycemic foods. Simply cooking your pasta a few minutes less than usual to keep it "al dente,” leads to a lower glycemic load than when you let it get soft because it takes longer to digest. Additionally, piling up the fiber rich veggies on your pasta should also slow down sugar absorption and lower the glycemic load of your meal.
To eat or not to eat? Pasta is not a "health food,” but that doesn’t mean it can’t be included in an overall healthy diet from time to time, especially if you choose newer, healthier versions, and stick to a one cup serving.
Healthier versions of pasta include brown rice pasta, mung bean pasta, and black bean pasta, which are higher in nutrients and have more fiber and protein. Regular wheat and whole wheat pasta is fortified, which is typically a sign that the product is so refined and nutritionally bankrupt that manufacturers had to add the vitamins back in to give it any nutritional merit. You can see it’s fortified by looking at the ingredient list, which lists a number of synthetic vitamins.
So, if you’re going to eat pasta, the bean and rice pastas are a better choice. To get even more nutrients, pair your pasta with fresh veggies and herbs.
Endurance Fuel:
For marathon runners who need a carb-heavy meal before race day, pasta serves as an excellent fuel. Ditto for those who perform strenuous workouts where endurance is needed. The carbs serve as quick calories the body can use for energy and burn off. Naturally, this is why you want to avoid making pasta your daily dinner choice, because those carbs will be stored as fat if not used.
However, I would still recommend a rice or bean version over a fortified wheat product because they contain natural nutrients instead of synthetic ones, tend to have more protein and fiber, and the bean varieties in particular are lower on the glycemic index scale.
Gluten-Free Pasta:
For those who avoid gluten, there are now a variety of gluten-free pastas on the market that actually taste good. In addition to the brown rice, mung bean, and black bean pasta mentioned above, there are also a number of quinoa and corn varieties.
The bean varieties of gluten-free pasta are also usually much higher in protein and fiber. Brown rice pasta in particular tastes exactly like "regular” pasta, but is less likely to give you the heavy feeling afterwards. 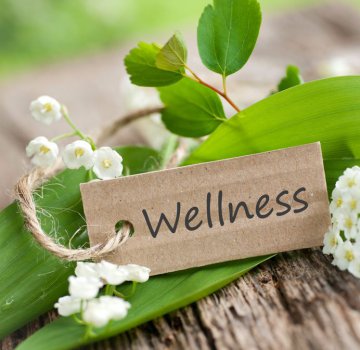 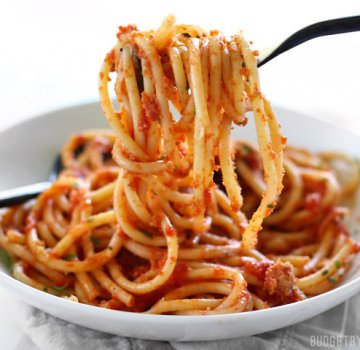 7 Things You Didn't Know About Pasta 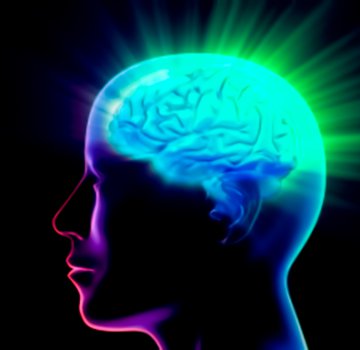 Six ways to clear your mind when you're feeling down